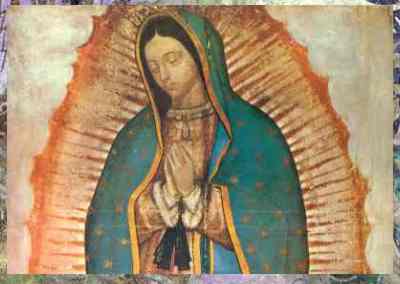 “The Archbishop and the Virgin: Alonso de Montúfar and the Early Cult of Our Lady of Guadalupe”

Article published online in 2015 (but based on a chapter of my doctoral dissertation, defended in 2002).

In this article, I critically assess a number of documents related to the cult of Our Lady of Guadalupe at Tepeyac in the mid-sixteenth century. It seeks to counteract the many bad scholarly contributions on Guadalupe, published in both theologically “conservative” and “radical”/”contextual” circles.

It is, of course, interesting to study how Guadalupe has been interpreted throughout the ages and what role she plays today. Still, to establish facts about the origin of a cult of the Virgin of Guadalupe requires a very close assessment of the existing sources. There are so many farfetched interpretations of documents (and “silences”) that have been made into truths and there are even fabricated sources that support certain ideological views. Thus, a source critical study of a very traditional kind can do much good.

In the documents that without a doubt can be dated to Alonso de Montúfar’s time as archbishop of Mexico (1554-1572), I have not found any foundation for the story about Juan Diego and Bishop Zumárraga that, at least since the 1640s, has been associated with the cult. Still, there are indications that at least an outline of story of about the miraculous origin of the image and the direct imprint of the Virgin on an indigenous man’s cloak, was known by the 1610s or 1620s (but that will be the subject of another article)

END_OF_DOCUMENT_TOKEN_TO_BE_REPLACED

My doctoral dissertation (defended at Lund University in 2002) focuses on Archbishop Alonso de Montúfar OP (ca. 1489-1572). It seeks to explore two decades of sixteenth century Mexican Church History mainly through the study of documents found in Spanish and Mexican archives. Born outside Granada in Southern Spain, just after the conquest from the Muslims, Alonso de Montúfar assumed teaching and leading positions within the Dominican order.

After more than forty years as a friar, Montúfar was elected archbishop of Mexico and resided there from 1554 until his death eighteen years later. From the 1520s onwards, many missionaries went from Spain to Mexico in order to christianise the native inhabitants and to administer the church’s sacraments to them. Many of the missionaries were members of three mendicant orders: the Franciscans, the Dominicans, and the Augustinians.

Alonso de Montúfar’s time as archbishop can be seen as a period of transition and a time that was filled with disputes on how the church in Mexico should be organised in the future. Montúfar wanted to strengthen the role of the bishops in the church organisation. He also wanted to improve the finances of the diocesan church and promote a large number of secular clerics to work in the Indian ministry. All this meant that he became involved in prolonged and very animated disputes with the friars, the members of the cathedral chapter, and the viceroy of Mexico. One chapter of this dissertation is devoted to a detailed study of Archbishop Montúfar’s role in the early cult of Our Lady of Guadalupe in Tepeyac, which today has become of the most important Marian devotions in the world.

The dissertation is available in fulltext here

In 2009, the Spanish translation of the book was published by the Colegio de Michoacán