Giuseppe Maria Abbate (1886­­­­­‒1963) was one of the many Italians who immigrated to the United States in the early twentieth century. However, his career in the new country would become quite unusual. Not only did he found a new religious group, the New Jerusalem Catholic Church in Chicago (1917), but he also claimed that he was a divinely elected Celestial Messenger and even the Celestial Father, God incarnate. Though a few authors have mentioned Abbate in passing, this is the first detailed investigation about him and his religious movement.

In the book Giuseppe Maria Abbate: The Italian-American Celestial Messenger (2018), Professor Magnus Lundberg (Uppsala) and Fr. James W. Craig (Chicago) present aspects of Giuseppe Maria Abbate’s biography, his religious claims, and mission as well as the history of the New Jerusalem Catholic Church, which he founded. The outline is chronological mainly, following Abbate from his birth in 1886 until his death in 1963, but with a clear focus on the period from the late-1910s onwards, when he appeared as a religious leader. It also includes an investigation of the congregation’s development after the founder’s death and the legacy of the Celestial Messenger.

The book is part of the Uppsala Studies in Church History e-book series that is published in the Department of Theology, Uppsala University. The full-text is available here

For a photo reportage on the Celestial Messenger in La Settimana INCOM Illustrata from 1950. 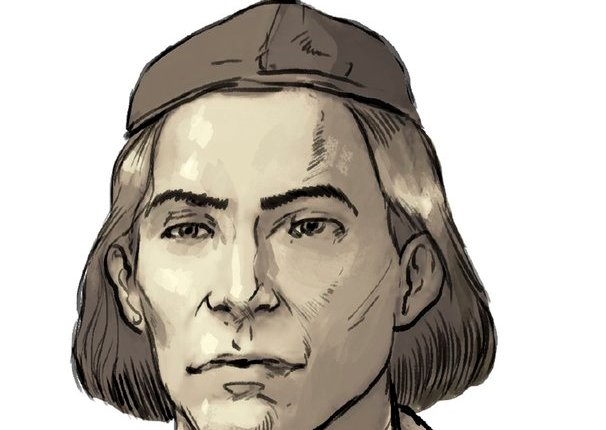 END_OF_DOCUMENT_TOKEN_TO_BE_REPLACED

Church Life between the Metropolitan and the Local: Parishes, Parishioners, and Parish Priests in Seventeenth-Century Mexico,

Church Life between the Metropolitan and the Local is a study of parishes, parishioners and parish priests in central Mexico during the first half of the seventeenth century. Using a number of different genres found in archives and libraries on both sides of the Atlantic, the book gives a multifaceted picture of the parish life. It addresses metropolitan norms for the ministry as well as priestly and indigenous interpretations of the day-to-day life in the local church.

Throughout the book particular emphasis is put on the interface between the indigenous parishioners and their parish priests, thus contributing to a closer study of the slow-moving processes of religious indoctrination and religious change in central Mexico a century or more after the Conquest.

Here you may order the book and read extracts and reviews.

Here you find more extracts from the book.

Mission and Ecstasy: Contemplative Women and Salvation in Colonial Spanish America and the Philippines

The book is about religious women’s alleged contributions to others’ salvation in mid- and late colonial Spanish America and the Philippines, a subject that has been little studied in previous research. In this investigation, special emphasis is put on aspects of the colonial gender relations that have bearing on the intricate relationships between the apostolic and contemplative forms of religious life as presented in colonial texts by and about these women. The majority of them were nuns, who lived a life in enclosure, a fact that in a most concrete way constrained the physical mobility normally seen as a presupposition for apostolic endeavours.

Despite the constrictions of space and agency that were related to their female gender, many women in the Spanish colonial empire, whether nuns or other contemplatives, were said to have functions in the missionary enterprise. As a consequence of their love of God and neighbour, they felt a vocation for missionary work, they prayed and suffered for the salvation of others, they taught and counselled people who came to them with their religious and moral queries, and some claimed that they were transported in spirit to the mission frontiers where they carried out similar work as the male missionaries, albeit in a supernatural way.

It is available in full text (PDF) here:

Here you can order a printed copy

My doctoral dissertation (defended at Lund University in 2002) focuses on Archbishop Alonso de Montúfar OP (ca. 1489-1572). It seeks to explore two decades of sixteenth century Mexican Church History mainly through the study of documents found in Spanish and Mexican archives. Born outside Granada in Southern Spain, just after the conquest from the Muslims, Alonso de Montúfar assumed teaching and leading positions within the Dominican order.

After more than forty years as a friar, Montúfar was elected archbishop of Mexico and resided there from 1554 until his death eighteen years later. From the 1520s onwards, many missionaries went from Spain to Mexico in order to christianise the native inhabitants and to administer the church’s sacraments to them. Many of the missionaries were members of three mendicant orders: the Franciscans, the Dominicans, and the Augustinians.

Alonso de Montúfar’s time as archbishop can be seen as a period of transition and a time that was filled with disputes on how the church in Mexico should be organised in the future. Montúfar wanted to strengthen the role of the bishops in the church organisation. He also wanted to improve the finances of the diocesan church and promote a large number of secular clerics to work in the Indian ministry. All this meant that he became involved in prolonged and very animated disputes with the friars, the members of the cathedral chapter, and the viceroy of Mexico. One chapter of this dissertation is devoted to a detailed study of Archbishop Montúfar’s role in the early cult of Our Lady of Guadalupe in Tepeyac, which today has become of the most important Marian devotions in the world.

The dissertation is available in fulltext here

In 2009, the Spanish translation of the book was published by the Colegio de Michoacán