1968 (March 30): Four girls reported having seen a ”very beautiful lady” at the Alcaparrosa field, just outside Palmar de Troya, a town in Spanish Andalusia. The apparition took place by a mastic tree (lentisco), and the woman was identified as the Virgin Mary.

1968 (April onwards): Several other people, most of them women, claimed to have received apparitions at the site. The stories attracted large groups of people from the region, other parts of Spain, and from abroad.

END_OF_DOCUMENT_TOKEN_TO_BE_REPLACED

In the last days, the Palmarian church has been in the center of attention. The news about pope Gregory XVIII leaving the church and the coronation of this sucessor Peter III have received ample coverage, at least in Spanish media. See my contributions Unexpected Changes in the Palmarian Church  and The Palmarian Pope Has Resigned and is Succeeded by Peter III

The question is what is going to happen to the church now. Will there be a large exodus of members? Will the church even attract new ones? Will there be splinter groups, who claim that they are the true followers of the messages of Palmar de Troya. It is very hard to know. What can be studied, however, are the official Palmarian teachings about the future and the end of the world, i.e. the world of Palmarian apocalyptics

END_OF_DOCUMENT_TOKEN_TO_BE_REPLACED 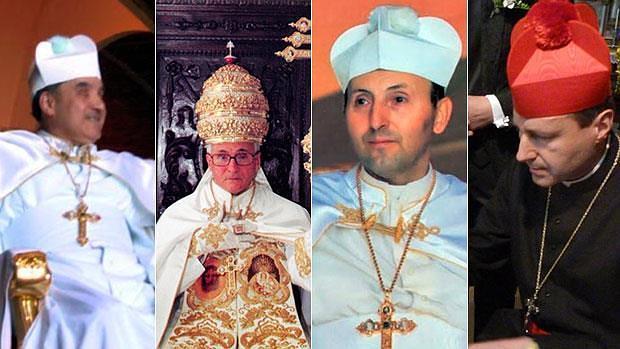 Today, on 22 April 2016, the Palmarian pope Gregory XVIII (2011-2016) resigned. According to my sources of information, he abandoned the church compound without out making a declaration to the faithful. Nevertheless, he left a letter, stating that he “had lost the faith”.

Tomorrow, 23 April the name of the new pope will be announced. In all likelihood, Gregory XVIII will be succeeded by his former Secretary of State, Bishop Eliseo María, a Swiss. See my contribution Unexpected Changes in the Palmarian Church

Habemus Papam! Today, on 23 April 2016, a new pope pope was installed in the Palmarian Church.  As expected it is Eliseo María, a Swiss bishop, originally called Markus Josef Odermatt. He has taken the papal name Peter III. According to my informants, he will probably continue the relaxation of the rules, which Gregory XVIII began during the last part of his papacy. This is quite interesting. A Palmarian revolution might be on it’s way.

END_OF_DOCUMENT_TOKEN_TO_BE_REPLACED

For many years I have devoted much time to research about the Palmarian Church, a traditionalist group with its centre in southern Spain that has roots in the Catholic Church, but which developed increasingly different teachings built on private revelations. For a detailed study, see my research report (2015).

In the last months, there have been unexpected and great changes in this very closed group. The extremely strict dress code for members has been liberalized and there are even reports that nuns, who used to be entirely covered, are not using veils anymore. A truly remarkable development (See documents below).