The Palmarian church evolved from a series of purported apparitions at Palmar de Troya in Spanish Andalusia from 1968 onwards. One of the seers, Clemente Domínguez Gómez and his brother in arms, Manuel Alonso Corral soon began to dominate the cult. The movement led by them became institutionalized. A religious order was founded, priests were ordained a bishops consecrated. At the death of Paul VI, in 1978, Clemente Domínguez testified that Christ had crowned him pope under the name Gregory XVII. The Holy See was moved to Palmar de Troya and the Holy Catholic Apostolic Palmarian Church was founded. The first pope was thus mystically elected, but he elected his successor Manuel Alonso (Peter II), who in his turn appointed Ginés Jesús Hernández Martínez (Gregory XVIII) his successor. When Gregory XVIII left the church in 2016 he was succeeded by the Swiss Markus Joseph Odermatt (Peter III)

For a detailed study on the Palmarian church, see my 2017 book A Pope of their Own: El Palmar de Troya and the Palmarian Church [2nd edition, 2020]

Although the religious situation in Palmar de Troya was very weak before the first apparitions in 1968, it was not extreme (For a study of the early apparitions). In many rural parts of southern Spain, the share of Catholics who practiced their faith by going to church regularly was low. Only a small minority fulfilled the church’s precepts: confessing and taking communion at least once a year. Priests were rare guests and, due to their working conditions, day laborers had few possibilities to attend religious services.

END_OF_DOCUMENT_TOKEN_TO_BE_REPLACED 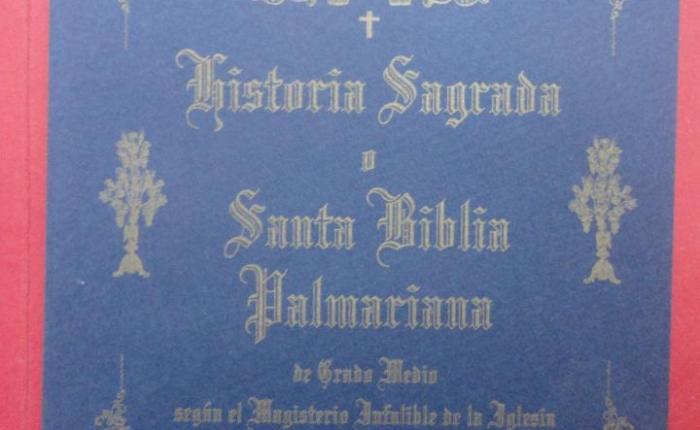 It is not easy to study the Palmarian church. Apart from the Palmarian written material, I have been in contact with a number of ex-members, who have helped me. In this list of sources and literature, you will be able to find the documents, books and articles which I refer to in my texts published on this website.

END_OF_DOCUMENT_TOKEN_TO_BE_REPLACED 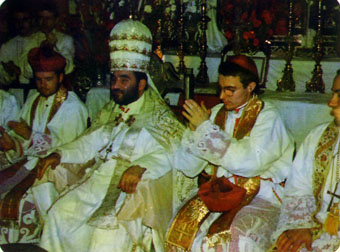 As we have seen, already in the beginning of the 1970s, Clemente Domínguez claimed that Pope Paul VI would be succeeded by both a true pope and an antipope. At that time, his claims were quite general, but later he stated that he would become the next pope after the death of Pope Paul, and that he would be named Gregory XVII. Heavenly messages from 1971 and 1972 asserted that due to the masonic and communist infiltration in the church, there would soon be a great schism. After the death of Pope Paul VI, the followers of the true pope would be forced “down in the catacombs”, as the heretics led by the antipope would persecute them (MC, messages February 8, April 5, September 27, 1971; March 9, May 9, and September 5, 1972). In 1976, the messages became even more concrete and it is implied that there would be a time when the Catholic Church would not be Roman anymore (MC, messages April 4 and August 4, 1976).

END_OF_DOCUMENT_TOKEN_TO_BE_REPLACED

Being successful in their fund raising endeavors, in 1974, Clemente and Manuel could eventually acquire the apparition site: the 15,000 square meter estate of Alcaparrosa and could thus physically control the site and develop the cult as they wished. After the purchase, they built a somewhat more elaborate shrine. It was a kind of hangar, covered in plastic, where images of Our Lady, The Holy Face, St. Joseph, Padre Pio and Saint Ferdinand were kept. They also constructed a high wall around the church compound, and housing for pilgrims was bought or built nearby (Alfaro 1975; Vidal 1976:103; El País May 12, 1976; Molina 2006:71-78, 100-04).

END_OF_DOCUMENT_TOKEN_TO_BE_REPLACED 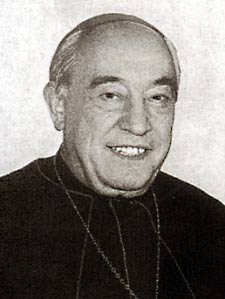 The apparitions received no clear support from the local parish priests who visited Palmar de Troya on a regular basis, though one of the nearby curates publicly stated that that something “strange was going on in Palmar de Troya,” and he did not know what to believe. However, another, younger parish priest was more critical, but the basic way of handling the stories was silence (ABC 27 April 1968). Thus, although there was some initial clerical interest, or at least bewilderment, the Palmarian seers could not rely on local ecclesiastical support.

END_OF_DOCUMENT_TOKEN_TO_BE_REPLACED 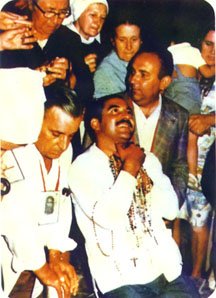 During the early 1970s, the Palmarian seer par excellence, Clemente Dominguez received new heavenly messages on a continuous basis. They were recorded by Manuel Alonso, written down, copied and distributed. Some of them were translated into English, French and German as part of the diffusion of the news beyond Spain’s borders. A newsletter, Ecos del Palmar, was printed from 1972 onwards. An obvious reason for the documentation was to spread the news to as many people as possible, looking upon them as a final word of warning from heaven. The group around Clemente regarded most Catholic bishops as apostates, whom together with the large majority of nominally Catholic priests, female religious and laypeople, needed to convert (Alonso and Canales 1976:145-58).

END_OF_DOCUMENT_TOKEN_TO_BE_REPLACED

By the end of 1969, Clemente Domínguez y Gómez (1946-2005) had become one of the most influential seers at Palmar de Troya. Later many would look upon him as the seer par excellence, while others would consider him a fake, or something in between. After failing to enter the priest seminary and not being accepted into the Dominican order, he became an office clerk, working for a Catholic company in Seville, from where he was fired. Clemente was not one of the pioneer seers at Palmar de Troya, but had visited the site in October 1968 without being convinced. However, reading texts and listening to lectures about the apparitions, from the summer of 1969, and on an almost daily basis, he went to Palmar de Troya together with his friend, the lawyer Manuel Alonso Corral (1934-2011), who also lost his job in the period (DH; PR; cf. Molina 1996: 31-40).

END_OF_DOCUMENT_TOKEN_TO_BE_REPLACED

Palmar de Troya, located about 40 kilometers south of Seville, close to Utrera, was settled in the 1930s. By the late 1960s, the town had about 2,000 inhabitants, most having relocated from other parts of Spain. The majority of them were day laborers on big agricultural estates, latifundios. Anne Cadoret-Abeles, who conducted anthropological fieldwork there in the late 1960s and early 1970s, noted the lack of communitarian spirit resulting from virtually all inhabitants being newcomers. The town had electricity but still lacked a medical doctor and running water, and its school remained undeveloped.

END_OF_DOCUMENT_TOKEN_TO_BE_REPLACED

Magnus Lundberg
Create a free website or blog at WordPress.com.